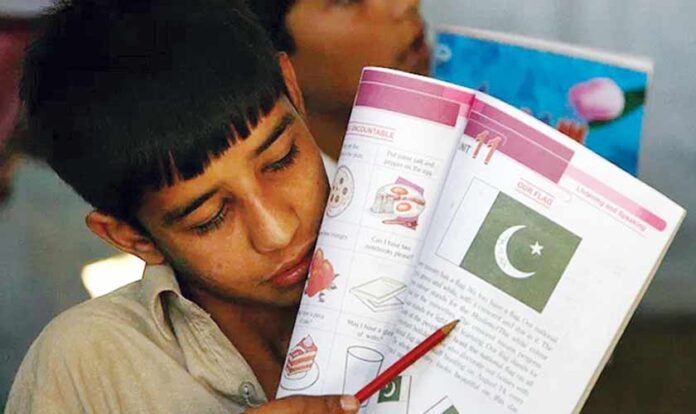 PM Imran Khan introduced the Single National Curriculum (SNC) on August 16 2021. He claims it will unite the country, eliminate social hierarchies, and end the country’s “mental slavery” imposed by the British.

The primary goal of a national curriculum is to prepare smart individuals who can innovate and generate new ideas in a world driven by ever-changing economic and scientific dynamics, and so make the nation-state a competitive player in the global stage. A national curriculum  is expected to aid in the maintenance of a people as a national strategic whole. But this alone cannot be its only target.

The new curriculum for classes 1 to 5 was prepared by the National Curriculum Council (NCC) and the Ministry of Federal Education in consultations with the provinces. SNC will be introduced from classes 6 to 8 in 2022 and from classes 9 to 12 in 2023, according to the education ministry. PM Khan, on the other hand, has asked the education minister to begin preparations to start SNC for grades six and up within the next six months, rather than the next two years.

PM Khan stated that he learned that 800,000 students attend English medium schools, while over 300 million attend public schools and approximately 2.5 million attend seminaries. Mental imprisonment, according to the prime minister, is worse than physical slavery, and no one can grow without innovation and critical and original thinking. He claimed that the failure to implement SNC earlier has resulted in a widening societal divide.

The prime minister said the new curriculum laid special emphasis on teachings of Holy Prophet Muhammad (peace be upon him). Shafqat Mahmood, who had described SNC as a turning point in the country’s education system, said the new curriculum had been implemented in primary schools and seminaries across the country, with the exception of Sindh. He expressed optimism that Sindh would jump on board and adopt SNC.

Science textbooks are being developed in close consultation with renowned local and international experts and will not be approved for publishing until it is determined that they meet the required global benchmarks, the statement further said, adding:

“It is, however, true that the Punjab Assembly has approved a law whereby an ulema board approves all Islamic content in the curriculum. The Punjab government has informed the federal ministry that no change was made in the biology textbooks by the said board.”

“The SNC has also taken special care to ensure that there is no material in it that offends the sensibilities of any of the minorities in Pakistan. In fact, it is for the first time that a separate special curriculum has been prepared for Hindus, Christians, Bahais, Sikhs and Kalaash. The Ministry’s entire attempt has been to ensure that the curriculum is not only reflective of all Pakistanis but promotes tolerance, peace and brotherhood among all communities in the country,” the statement said.

Now most journalists think that our educational system is already damaged and students have suffered a lot from the academic torment. Now PM Khan’s SNC includes much more of what was already included in the curriculum after the mid-1970s. The content of the SNC is inspired by partially immature middle-class urban cultural notions of Pakistani culture and the globe at large.

The SNC may create furious moralists and theologians, both traditionalist and postmodernist, who can present arguments against rival ideologies. This SNC, on the other hand, will never create scientists or economists of value or practical utility.

The executive director of the Centre for Social Justice, Peter Jacob, said that he was also present at the same National Curriculum Council meeting though not heard just like the senior journalist. “I have to ask if the process of preparing a single curriculum was participatory? Was the advice of the educational experts being called to give their input even heard? They called us but didn’t listen to us. So many people who are said to have been consulted in bringing about this curriculum were not consulted even though their names are mentioned,” he said.

“So we have not reached a common consensus on this as opposed to what is being said,” he added. “Today, we are seeing extremism coming in the way of construction of a Hindu temple, today we are seeing extremists murdering people in courts of law. Instead of fixing the rising extremism here, we might make it worse with the simple curriculum if it is allowed to be implemented like it is now. The class one to class five curriculum is to be implemented by April 2021. We still have time to explain to the government our fears that are coming up in policy analysis,” he said.

“Most of our workforce abroad comprises laborer. In fact, those doing laborious work and those with petty jobs amount to 97 per cent. Our doctors and other technocrats make up only three per cent. Most of the well-educated Pakistanis living abroad are doctors, there are hardly any Pakistani engineers there. We teach the same subjects in our school as are taught in any other country’s schools but our way of teaching is flawed so that only a few exceptionally bright students are able to get ahead. The rest lag behind. We see the same thing in our universities too,” he said.

“So our education system has kept us behind. We develop very little software as compared to India or Bangladesh even though our populations are almost the same. Prime Minister Imran Khan used to say that we will make up for the lagging behind in education here. But it cannot be done by just coming up with a uniform curriculum. Curriculum is only one component, there is also the type of schools, type of teaching, exams, etc., which also matter here,” he said.

We can conclude that single national curriculum will have significant impact on our students that are already facing the academic torment, but we are yet to see its practical implications in the following years.

Zainish Abbas
Zainish Abbas is an undergraduate student of Economics at COMSATS University Islamabad. She is passionate in researching about international relations, current affairs and socioeconomic issues around the globe.