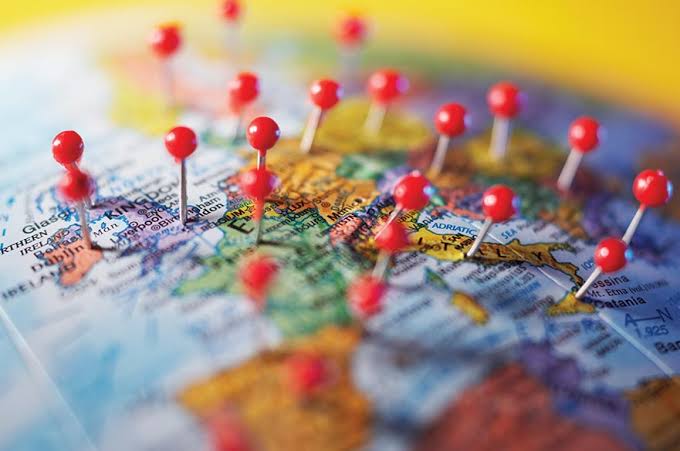 The world of the 21st century, since its beginning, witnessed new threats and threat perceptions. It saw the terrorist attacks on twin towers in America, the illegal Iraq invasion, the economic crisis of 2008, the Arab uprising, climate change,The trade war between two giant economic powers, and the recent outburst of global pandemic named CoronaVirus showing major changes to security paradigm.

With the growing nature of threat and threat perceptions, Barry Buzan, a Professor of International Relations at the London School of Economics, came up with a new concept of security to counter the updated or new versions of various threats.

In International Relations, the classical or traditional concept of security revolved around the mitigation of external military threats. However, the emergence of new threats within and without states compelled the policy strategists to look for a broader horizon of security for their states.

Barry Buzan gave his five sectors of security through which new threats can be countered and state security can be ensured. This article will discuss the changing dynamics of international security after the emergence of new threats.

To evaluate the changing dynamics of international security, one must look at the traditional concept of security.

Walter Lippmann, an American writer, and political commentator defined the classical or traditional concept of security as, “A nation is secure if it is not in danger of having to sacrifice its core values.

And is able, if challenged, to maintain them by victory in such wars.” Previously, the states used to consider them safe and secure, when their territorial integrity was not threatened.
However, the arrival of new threats like civil wars, economic crisis, global warming, and the spread of global pandemics led the policy strategists to secure their states from traditional and nontraditional threats as well.

During these times, a professor in the United Kingdom, Barry Buzan, gave his nontraditional concept. According to Prof. Barry Buzan, “Security is the ability of a state and society to maintain its independence, identity, and functional integration.”

Prof. Barry Buzan’s concept of nontraditional revolved around five major sectors, i.e., social, political, economic, military, and environmental security. All of them will be discussed below.

According to Barry Buzan, the first and most important sector is social security. Prof. Buzan urged policy strategists to secure their state from societal insecurities.

Societal insecurity exists when a society defines development as a threat to its existence. For instance, refugees in Pakistan, Iran, Turkey, and Germany are considered a threat to their existence.

Moreover, ethnic disharmony is also a threat in multi-ethnic societies such as Pakistan and India. As per Prof. Buzan, the second sector is political security.

Prof. Buzan argued that a state can only be considered politically secure when its sovereignty is not challenged.

There should be no state within a state. To guarantee its political security, a state must ensure a smooth power transfer from one government to another government.

In Pakistan, its people witnessed four Marshall Laws because Pakistan was politically not secure. However, after the promulgation of the Eighteenth Constitutional Amendment, Pakistan has mitigated the threat of political insecurity to some extent. m

Moreover, the state policies must have compatibility with regional and international economic rules. For example, the United States’ military power is not the cause of its superpower status; rather it is the consequence of its giant economy.

Moreover, Prof. Buzan has not neglected the military sector. The fourth and most important sector is military security.

According to Prof. Buzan, a state is militarily secure when it has the state of the art of weapons and technology, sound training of military forces with sufficient numbers of military personals. Likewise, for Prof. Buzan, the fifth and last sector is environmental security.

For this purpose, Prof Buzan argued that a state has to secure itself against environmental degradation, famines, global warming, food shortages, droughts, floods, earthquakes, and tsunamis.

However, environmental weapons like High-frequency Active Auroral Research Program (HAARP) have been developed by many countries to counter environmental threats.

To sum up the whole discussion, in a nutshell, it can be concluded that with the emergence of new threats and threat perceptions in the 21st-century world, the concept of international security has transformed from a classical or traditional concept to a nontraditional concept.

In this regard, British Prof. Buzan gave his five important sectors of society i.e. Societal, Political, Economical, Military, and Environmental.