WRITE FOR US
HomePolitics
PoliticsWomen’s Struggle 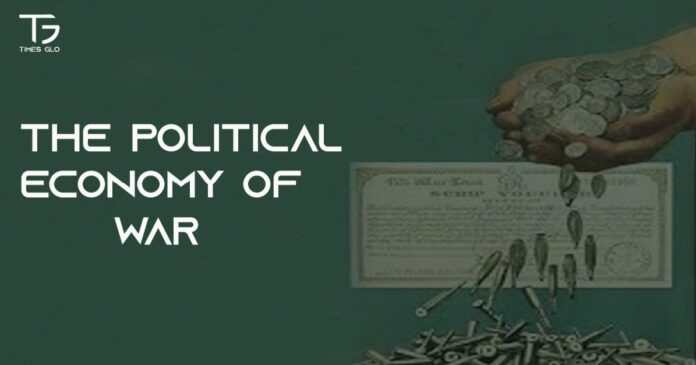 Have you ever wondered, despite being so destructive, why wars continue to be a defining and dominant feature of our political existence? While it was hoped that with decolonization and the end of the cold war, the international political community will witness unprecedented stability and harmony. But unfortunately, all those hopes for international peace and harmony were dashed by the emergence of even more destructive wars.  The irony is unmistakable and it seems as if the international political order inherently contains the seeds of violence and war.

What is it that led the US to launch one of the deadliest and longest wars “the war on terrorism”, what explains the perpetual warlike situation in the Middle East and the political upheavals apparently driven by civil wars where foreign powers back one state against the other or one militant faction against the other militant group? Even though it has long been argued by scholars ensnared by the promises of liberal democracy that democracies do not fight wars, we still witness democratic states engaging in wars across various parts of the world.

Also, the induction of nuclear weapons in international politics was seen as a source of greater strategic stability as these were seen as “weapons of deterrence” which arguably rendered war between nuclear weapons states very unlikely but that does not seem to be the case at all. For instance, the two South Asian nuclear powers, Pakistan and India entered into the Kargil conflict in 1999 and continue to pursue war-fighting strategies like India’s Cold Start doctrine which seeks to engage Pakistan in a limited war under the nuclear overhang.

War is raging, the Russian invasion of Ukraine being the most recent example at hand.  The political economy of war and the concept of war economy can explain why wars recur despite their remarkable disadvantages and especially when they can be avoided by adopting political solutions instead of resorting to military options. But before that, we will shed light on the various causes and explanations of war offered by different schools of thought.

In this regard, the proponents of democratic peace theory argue that liberal democracies are unlikely to fight each other. But this theory suffers from the shortcoming that it does not take into account why liberal democracies go to war with non-liberal democracies? In addition, this theory has been challenged by scholars who argue that more often than not democracies have been engaged in wars which are also vehemently backed by their so-called enlightened and democratic citizens. In this regard, the authors of the book Electing to Fight: Why Emerging Democracies Go to War, challenge the rationale behind aggressive US policies to promote democracy and fight non-democratic regimes across the globe. They argue that emerging democracies with fragile political institutions are more likely to engage in wars compared to others. They argue that, in contexts where democracy is not consolidated, heads of states are more likely to resort to belligerent policies and rally the population by exaggerating external threats and fears. The authors argue that only building democratic institutions can help consolidate and promote democracy. . by drawing on the quantitative and qualitative analysis of US policies.

My purpose here is to highlight that scholars have identified myriad and divergent causes of war. There are those who attribute wars between states to the anarchic nature of the international political system. According to this school of thought, in the absence of any legitimate supreme authority that keeps an eye on state behaviour and ensures fair play and justice, rational states maximise self-interest and power for survival. However, the accumulation of power and maximisation of security by one country results in the insecurity of other states in an anarchic international system. The resulting situation makes war very likely and has been referred to as the security-insecurity paradox by scholars and practitioners of international relations. Also, given the ubiquity of wars throughout human history, some scholars believed that it was an issue of human nature. Thus, these scholars argued that human beings were evil by nature. One can reject or accept all or any of these explanations but it is equally important to appreciate that all offer some great insight into the various causes of war stemming from various factors. Indeed, these explanations are not exhaustive and non-conclusive in so far as reaching a comprehensive understanding and explaining the multiple factors and motivations behind warfares, political conflicts, or civil wars. Arguably, one of the most persuasive explanations of war is offered by the political economy approach to war. This approach provides the best explanation for the never-ending condition of war. According to this understanding, war can be better explained by realising that due to economic and political motivation war becomes an end in itself. For instance, it becomes easy to justify violent means to achieve political and economic power during a warlike situation. This ultimately results in what is referred to as the war economy defined as the production, mobilisation and allocation of economic resources to sustain a conflict.

Nisar Ahmed Khanhttp://timesglo.com
Nisar Ahmed Khan, The writer is a Senior Editor at Times Glo and holds an MPhil degree in Defence and Strategic Studies from Quaid-I-Azam University, Islamabad.