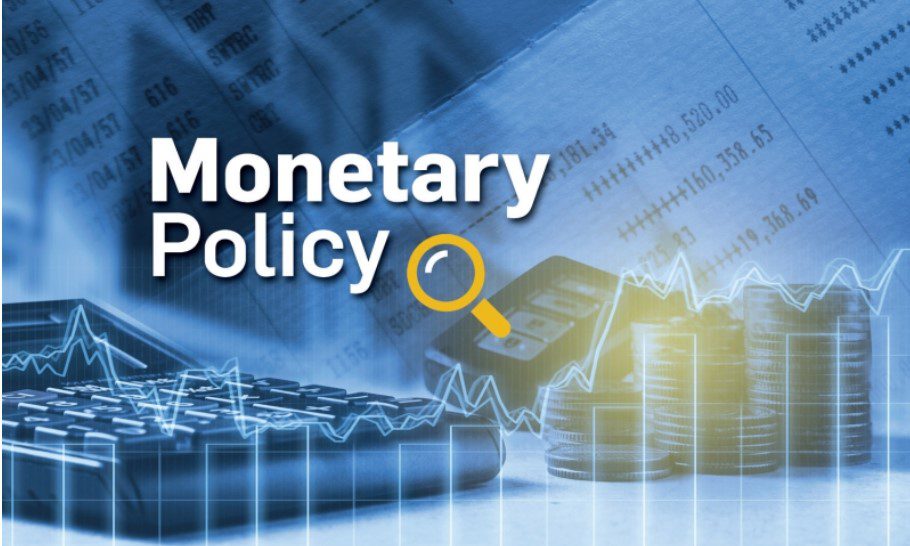 The Monetary Policy refers to the activity through which the central bank influences the amount of money circulating in the economy. Monetary Policy shows that the economic policy in which the size and growth rate of the money supply is managed. This policy is mainly used for the regulation of inflation and unemployment.

In times of unemployment, monetary policy is used to increase the money supply so that business activities can be increased which will ultimately generate employment opportunities. Another objective is the regulation of exchange rates. While issuing more currency in the economy, the money supply will increase and the domestic currency will become cheaper than the foreign currency.

There are various tools used for the implementation of monetary policy. The first one is the interest rate adjustment. The central bank can change the discount rate through which the banks get short-term loans from the central bank.

Another important tool for monetary policy implementation is the change Reserve Requirement.

If the central bank increases the limit of these reserves, then the banks will not find more money to be given to the customers as loan which will decrease the supply of money in the economy.

Another important tool of the monetary policy is the Open Market Operations. The central bank buys or sells the securities issued by the government to influence the money supply in the economy.

If the central bank buys the government securities and bonds, then the banks will get more money and this will increase the lending opportunities for the customers, and the money supply in the economy will increase. There are two types of open market operations.

The Monetary policy can further be classified into Expansionary and Contractionary Monetary policy. The former one is used to increase the supply of money in the economy while the latter shows the influence on the money supply by declining it.

However, we can also infer that in expansionary policy, the expansion of business activities may also cause inflation which is defined as the persistent rise of prices of the goods.

In past times, the primary goal for the central bank was to protect the gold reserves. When an economy is facing deficits in its balance of payments, then the gold would be shifted to other nations.

In order to cope up with this situation, the central bank increases the discount rate and undertakes open market operations so that the money supply circulating in the economy starts declining.

This step would decrease the prices, income, and employment which will decline the demand for imports and the trade deficit will be balanced. The same process was used to correct the balance of payment surplus.

During the inflationary situation in the 1960s and ’70s, in which inflation has been increased three times as compared to the time in the past decade. The monetarists such as Milton Friedman showed that there is a strong link between inflation and money supply in the economy.

They argued that the tight control money supply is a far much better way to control inflation. Monetary policy is one of the effective tools through which the national economy’s fluctuations can be controlled effectively.

The coordination among the two policies is very important so that the objectives can be achieved such as controlling inflation, increasing employment opportunities, and generating of business activities.