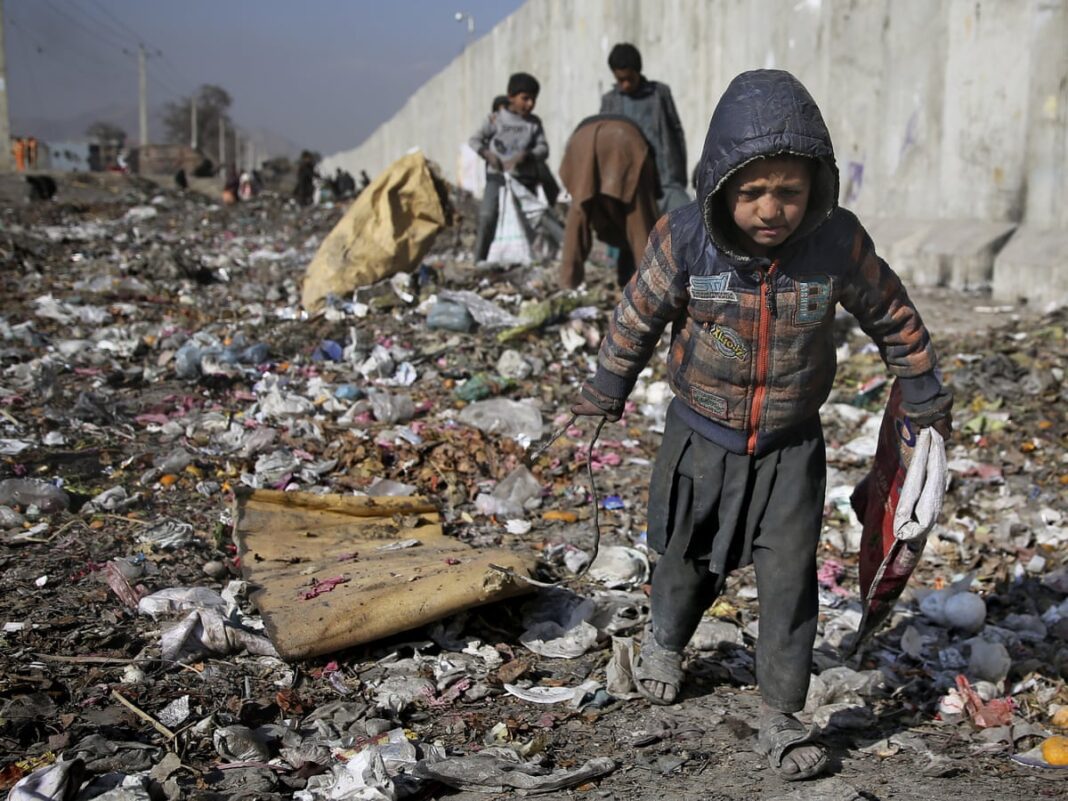 Poverty is one of the major problems that the world is facing. In 2015, 193 countries adopted the United Nation agenda of 2030 for sustainable development goals. The first important goal is to end poverty.

The major objective of the countries in today’s world is to eradicate poverty so that poor people can also enjoy equal rights, good living conditions, and access to basic infrastructure.

In the next 30 years, the major problem that the whole world will be facing is the population explosion that will affect the environment very badly.

Due to poverty the population rate will increase and create chaos that might change the direction of the whole world. Hunger will be the major problem at that time. 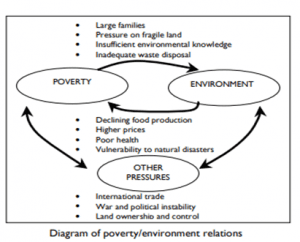 In another case, environmental problems can prevent people to reach a standard of living like deforestation. This is obvious and more important for the people who are living in a condition that is more vulnerable as compared to rich ones.

At this point, it is argued that both the classes should work together for the betterment of the environment rather than pulling resources and playing games to harm others.

Due to overpopulation and poverty, the land is severely affected. Environmental hazards are the most appropriate term that can be used for the over-exploitation of soil.

Because of this soil overexploitation, the economic consequences are also there which cannot be negated. Destruction of woods, excessive use of pesticides, building without proper planning, and water cycle imbalance are a few examples of overexploitation of soil.

The rich and educated class; first plans the project and hires the professionals that ensure environmental safety first. It is predicted that shortly, the major concern for the environment would be overpopulation.

According to different papers, the population is increasing day by day, and the fight against diseases is also. Food scarcity and shortage of water have impacted the survival of the human race.

As the environment is affected by the poor, the poor also get affected. Due to environmental problems, the shortage of wood is also one of the most important factors to consider. The majority of the poor class have to support them on their own.

Due to upper-class lavish styles, wood is getting scarce. The forests are not that beneficial for the poor as they were. The poor people do not have abundant resources to buy lavish wood for their daily purposes.

The shortage of wood creates hurdles for this class. Their daily consumption of food is halted. They cannot rely on substitutes because of high costs.

There may also be situations in which the poor people cut the wood causing again environmental degradation. Such steps can be taken to give them other resources so that they do not have to rely solely on wood.

Forests play an important role in an environment. They cover 30-31%, help to mitigate climate change, and are the shelter for many species of plants and animals.

Forests cover 31% of our planet which shows that the environment of any place depends on the number of forests and trees in that area. The major concern is how deforestation is causing a threat to the environment and especially in the case of poor people. Due to climate change, many people are migrating from one place to another.

Due to low living costs, most people move to urban areas. But some living in rural areas rely on wood in a forest which is causing deforestation and a decline in crop yield. Due to illegal fires erupted in the forests, deforestation is increasing.

The major problem of deforestation is cattle ranching. This can be solved by allowing poor people to breed cattle in other places rather than forests. The loss of forests can cause loss of biodiversity for many plants and animals.

70% of plants and animals are living in forests; therefore it is of paramount importance to stop deforestation for the betterment of the environment. 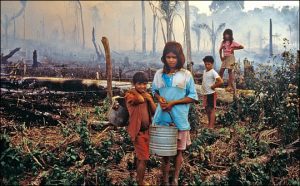 The poverty reduction will create an environment for the poor in which they can also survive. By the increase in per capita income, they also will contribute positively to the environment.

The United Nations sustainable development goals show that reducing poverty should be the top priority to get any other problem solved. When poverty is reduced, health problems will also be solved. The poor class will not remain poor. They will have enough resources to invest in such a manner that will enhance the environment overall.

The think tanks should be established and their prime objective should be to minimize environmental pollution. Such institutes can only be developed with government support. 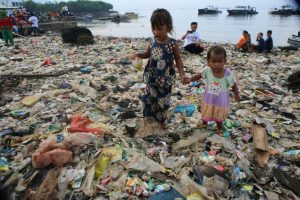 The trees should be grown. Human nature is incomplete without greenery and plants. Trees are the best source for shelter, cooling down the temperature, and climate concerns. The trees can be grown individually without government support.

The mass level project can be initiated to inculcate the importance of trees and forests in the general public.The rural population should be given all the facilities at their doorsteps. Education, health, and shelter should be provided by the state in rural areas. This can easily be done if the objective is to stop the overcrowding in cities.

In the nutshell, it is noted that all the arguments should be in line with environmental concerns. Every policy devised can only be implemented if and only if, it is clear that it would not be proved harmful for the environment.

The poor people should be given importance because of their large number. A large number of populations can be proved helpful for the environment if the proper attention is given.

read more: How Opinions on Social Media Impact the society