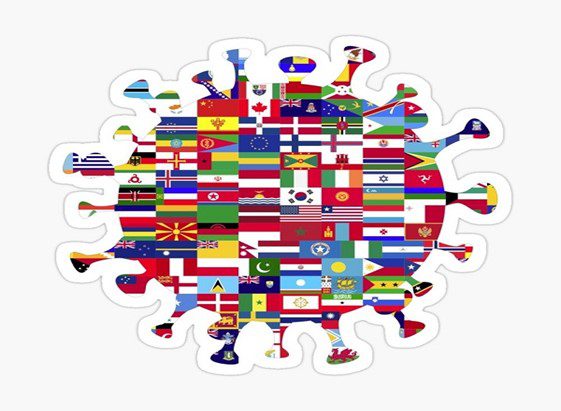 Let’s reiterate the sentence we once had studied in Physics “Entropy means disorder and it never decreases”. When I was in intermediate, I saw things with those imaginations, as I grew up, I started to understand many things with variations.

Diplomacy is the art of saying of course, yes, and no, with all expertise of expressions. A diplomat must be a man of all knacks, and a person of confidence.

The World is suffering from the dire Pandemic for two years, in which we have seen many changes in the world order and the changing nature of diplomacy. History never halts, and time never stops.

Traditional and classical diplomacy is much different from a modern and contemporary version of diplomacy. We saw the closed, club, and oral diplomacy in the past, while, we have open, network, and paper diplomacy now.

History is a witness to this changing nature of diplomacy. Let’s touch it briefly.

The course of the French revolution had helped Napoleon to rise to power. His important wars included the Battle of Trafalgar, Leipzig, the Russian campaign, and the battle of Waterloo in which he lost his confidence to defeat allies against him.

He called himself “a child of revolution” and no doubt, he introduced many positive reforms in France including, Economic, Educational, and governmental structural reforms.

But then he inherited the greed of being the emperor of not only France but the whole of Europe which caused his downfall from the political scene of France.

Metternich was the most commanding personality from 1815 to 1848. This period in European History is called the “Era of Metternich”. He was the central figure in European diplomacy and was “without a peer in his age or his style”.

He was a shrewd statesman and was a past master and diplomacy, tact, and finesses. Like his master, the emperor, he was also a great reactionary and a most vehement opponent of liberalism. He distrusted all innovations and new ideas and therefore tried his best to maintain the old order.

Metternich, the foreign minister of Austria, the key leader at the congress of Vienna created the goals for establishing peace and stability in Europe. He had three goals:

Bismarck, a chief minister of Prussia was an architect of German unity with the policy called blood and Iron with the belief in realpolitik.

Bismarck’s most important diplomatic objective was to prevent France from allying itself with either Austria-Hungry or Russia to create a coalition of enemies in both the east and west.

In 1873 he negotiated the Three-Emperor’s league with Russian and Austria-Hungry. Bismarck’s plan to unify Germany involved showing the other states that Prussian military power and leadership was the only path to German unification.

To accomplish this, he initiated a series of wars and diplomatic efforts that achieved his goal in 1871. However, Bismarck shaped European History from 1862 to 1914.

World War I was a struggle between two groups. The allied powers included France, the USSR, Great Britain, Italy, Japan, and the United States of America, and the central powers were Germany, Austria- Hungarian Empire, and Ottoman Empire.

The two groups fought each other. World War I accelerated many changes in diplomacy. Sparked by the world war, the Russian Revolution of 1917 produced a great power regime that rejected the views of the Western world and that used political language—including the terms democracy, propaganda, and subversion—in new ways. 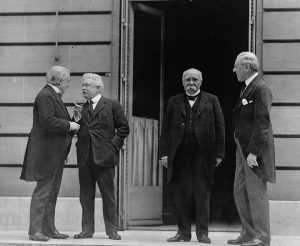 The interwar period or the period between the two wars i.e.: 1919-1939, was the period of uprisings where all were making ground to World War II. The rise of Adolph Hitler in Germany, Benito Mussolini in Italy, and Lenin in the USSR further contributed to smoothening the way towards the Second World War.

World War II was a struggle of Hitler against Jews and Soviets. The central powers were France, Great Britain, and the United States of America, the USSR, and China. The axis powers included Germany, Italy, and Japan.

With the victory of Allied powers, the formation of the United Nations, and the emergence of two Superpowers were maintained world peace, there both powers could not stop wars with one another.

The Cold War, a term used in international relations for the rivalry between U.S.A and USSR with proxy wars, which included Vietnam War, Korean War, the Cuban missile crisis, the Suez Canal crisis, and many other short or long disputes.

Cold War ended with the disintegration of the USSR in 1990-1991, and the states of America became the sole superpower of the world with the concept of liberal democracy.

DIPLOMACY AFTER 9/11 was dominated by the Muslim extremist groups that changed world peace and gave rise to the new shift o countries’ foreign policies, and national interests.

DIPLOMACY TILL 2019 was the diplomacy of competition, trade, and influences where we saw India, the USA, China, Pakistan, Israel, and Saudi Arabia, and Iran changing their objectives of foreign policy accordingly.

Discussion on the pandemic won’t end in a page, but to summarize we’ve seen countries coming together, performing goals together, coping with the pandemic together, and formatting new agendas and agreements together.

Hence, the cover-19 pandemic has given rise to the “SILENT DIPLOMACY”, which I define as the ability to counter other states and gaining objectives by just the policy of being silent in the meetings.

read more: Role of Political Philosophy in the formation of National Identity