The current account deficit of Pakistan surges to 4.7pc of GDP

A current account deficit means a country is importing more than it is exporting. When a country increases the value of its exports relative to the value of imports. So it can reduce its existing debt. A country can reduce its current account deficit by restrictions on imports, such as tariffs or quotas, or promote export. The country can also use monetary policy to improve the domestic currency’s valuation relative to other currencies through devaluation, which reduces the country’s export costs.

The SBP imposed a 100% cash margin on the import of 114 items in the last month, to discourage imports of these goods and support the balance of payments. According to Tariq, when commodity prices maintain in the International market, Pakistan’s import bill will contact, so it will reduce the current account deficit.

The current Account balance may be either a deficit or a surplus, it depends on its total receipts from other countries are less than or greater than its total payments to other countries. When country sends more money abroad than it receives from abroad so current account deficit occurred. But when country receives more money from abroad than it sends, so it has a current account surplus. 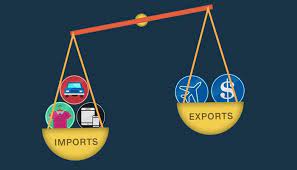 The trade deficit has risen sharply and stood at $20.7 billion from July to November period of the current fiscal year. Pakistan’s trade balance increases to $5.11 billion in November 2021 against $1.94 billion in the last year of 2020. The trade deficit in five months of FY2022 went up by 117 percent. In October 2021, the trade deficit stood at $3.87 billion as exports stood at $2.7 billion and imports $6.33 billion. Top officials of the Finance Minister shared the data of imports, it shows that the import of food items were $911 million, energy, including POL products and RLNG $2.4 billion, 2.2 billion dollars raw material, machinery $1.14billion and Covid-19 vaccine $621 million in November 2021. Pakistan current Account Balance from March 1976 to Sep 2021, with an average value of -417.3 USD mn. The State Bank of Pakistan provides Current Account Balance in USD. Pakistan Foreign Direct Investment (FDI) increased by 167.6 USD mn in Sep 2021. Likewise, In Sep 2021, Pakistani Direct Investment Abroad expanded by 879.0 USD mn. And Country’s Nominal GDP was reported 264.1 USD bn in Jun 2020.

According to the State Bank of Pakistan in its Dec 14 monetary policy, the current account deficit for the ongoing fiscal year is 4pc of GDP higher than the earlier forecast of 2-3pc of GDP.

According to the government’s provisional data, Pakistan’s trade deficit doubled to $24.79 billion during the first half of the current fiscal year. From July to December data showed that imports jumped to $39.91bn from $24.47bn a year ago. During July-December exports also grew 25pc to $15.13bn compared to the same month a year ago. Furthermore, exports increased 17pc year-on-year to $2.76bn in December but dropped 5pc month-on-month from $2.9bn in November. The growth in imports has started to decrease. On Sunday, Abdul Razak Dawood tweeted, referring to a month-on-month drop of around $1bn in imports during December. Farrukh Habib the Minister of State for Information and Broadcasting said that the “record growth” of 25pc in exports during July-December had been achieved.