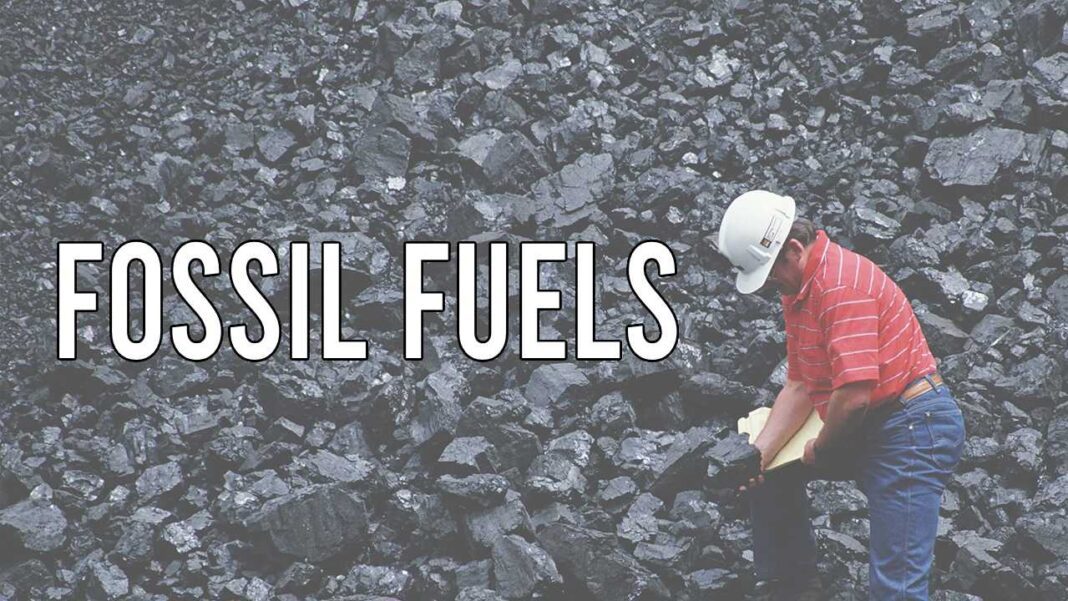 Fossil fuel is a hydrocarbon containing material. Remains of dead plants and animals forms the Fossil fuels naturally in the Earth’s crust. Its deposits are present all around the world.

Fossil fuel means found “buried in the Earth“, the term was first used by a German chemist, Caspar Neumann. Andreas Libavius introduces the theory that :

“Fossil fuels are formed from the fossilized remains of the dead plants by exposure to heat and pressure in Earth’s crust over millions of years“.

Which Of The Fossil Fuels Is Most Abundant On Earth?

Coal is the most abundant fossil fuel on the Earth. It beds typically lie 200-300 below the surface of the Earth. It is cheap and found in abundance, but it releases a lot of pollutants when burned and has a calorific value of 25-35 MJ/kg. Anthracite coal is of the highest quality as it has a carbon content of more than 90%.

Is Wood a Fossil Fuel?

Some scientists argue that wood is low carbon fuel. The carbon get release when trees are cut down and taken up again when the new trees grow in their place.

A quick answer to the question of whether is wood a fossil fuel is: NO. It is a renewable resource. Fossil fuels are very different from wood. They contain what was once wood as well as plants and dead bodies of animals and other organic material.

Why Fossil Fuels Are considered Non-renewable?

Non-renewable resources are the natural resources. By non-renewable energy resource we mean that once they are used up they cannot be replaced. It includes coal, oil, natural gas, and nuclear energy.

Fossil fuels are non-renewable energy resources because they deplete at a much faster rate than the creation rate. Fossil fuels take millions of years to form but humans use all of these resources faster than the time it takes to replenish them.

How Does Burning Fossil Fuels Affect The Carbon Cycle?

When fossil fuels gets burn, it release a large amount of carbon dioxide and methane into the air which causes the temperature to rise. The burning of fossil fuels also disrupts the nitrogen cycle by altering the amount of nitrogen in the atmosphere.

Intergovernmental Panel on Climate Change (IPCC) has found that emission from fossil fuels is the major cause of global warming.

Industries, factories, and thermal power plants makes the most use of fossil fuels . They burn and release carbon dioxide into the atmosphere. A high amount of carbon dioxide can lead to global warming and can increase the acidity of raindrops.

How Long Does It take For Fossil Fuels to Form?

Most of the deposits found 540-65 million years ago when the Earth’s climate was warmer and wetter. The bodies of the once-living organisms became buried and compressed underground forming a mineral called Kerogen. Kerogen was slowly transforms into fossil fuels but geothermal heat, with some types of kerogen becoming coal and others crude oil or natural gas.

As a result of fossil fuel emissions, the average surface temperature of the Earth has increased by 1.1° C. Combustion of fossil fuels has created a parallel crisis of air pollution. The burning of fuels releases massive amounts of airborne fine respirable particles within an aerodynamic diameter of 2.5 μm.

The Intergovernmental Panel on Climate Change (IPCC) concludes there is need of urgent actions to limit global warming and minimize the catastrophic consequences.