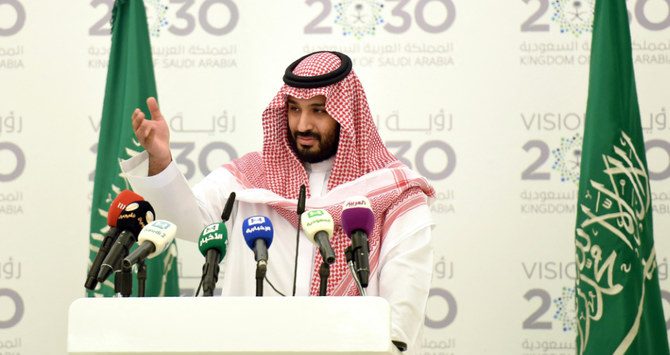 This vision is based on three objectives:-

The first objective of vision 2030 is about better quality of life, promoting Saudi Arabia’s cultural heritage, urbanism, entertainment, sports, increasing the number of Umrah visitors from 8 million to 30 million annually, UNESCO, beautiful environment and religious history and promoting cultural and entertainment opportunities. If Saudi Arabia achieve a vibrant society, so Saudi Arabia will focus on its people and the Islamic world. Saudi Arabia 2030 vision means to enhance social development in order to build a strong and productive society and provide education that builds children’s character, and establish empowering health and social care systems.

The 2030 plan outlines the following goals to attain a vibrant society.

The second aim is to achieve a thriving economy. Such as employment, women in the workforce, Public Investment Fund, foreign direct investment, entrepreneurship and innovation, non-oil exports, establishing a sovereign wealth fund that will be financed through the partial IPO of Saudi Aramco; and build a comprehensive education system to enhance non-energy economic sectors. Saudi Arabia will have five universities by 2030.

The 2030 plan outlines the following goals to attain a thriving economy.

The third goal is to focus on the progressiveness of Saudi’s government by increasing the portion of non-oil revenues and improving overall government effectiveness, household savings and income, non-profits and volunteering.

The 2030 vision outlines the following goals to attain an ambitious nation:-

Saudi’s vision 2030 is about national sociopolitical and economic reform to reduce its dependence on crude oil through economic diversification and a series of public services’ development such as health, education and infrastructure because the government still 75% dependent on oil. The main objective of 2030 vision is to increase the portion of non-oil business sectors, such as tourism, banking, reductions in subsidies and the IT sector and show secular national image on the global stage. Another objective is to increase government spending on the military, as well as manufacturing equipment and ammunition. This plan is based on the three pillars: The first one is the status of the country in the world. The second pillar is about the determination that the country has to become a global investment powerhouse. The third pillar is the strategic location of the country on the map.

The main objective of Kingdom Of Saudi Arabia Vision 2030 is to protect the culture and traditions of the society. It is important to country that it pays more attention to strengthen its hold on culture and maintain an environment where people feel secure.

To make friendly environment because it improves its image in the international market.

The country aims to provide equal opportunities to people.

The main aim of this 2030 vision is to ensure that in the next 15 years we will implement a system that is more transparent and clear.

Saudi Arabia is located in important international trade routes between three continents: Asia, Europe and Africa. So the aim of Saudi Arabia is to get benefits from this strategic geographic position, through new strategic partnerships to grow the economy and help Saudi companies to increase exports.

Saudi Arabia and Israel have committed to rational and balanced foreign policies over the past 70 years. Hundreds of Jews are working in Saudi Arabia, jews in Saudi Arabia contributing to its financial, infrastructure, and energy projects. To illustrate this, Arabs and Jews were the strongest partners in trade, culture and mutual security, jews are living in Saudi Arabia in relatively peaceful coexistence for centuries. Israel contributing in Saudi Arabia’s biggest economic transition. It is a great opportunity for Israel to take part in the Saudi economy and it is also a Israel vision, After all, Israel is technologically advanced country in the field of mining, with a robust, globally recognized diamond industry. Saudi Arabia is the largest country in the world without any source of flowing water, Israel is also a world leader in the water engineering industry that’s why Israel vision is contributing in Saudi’s vision 2030.

Since the five-year plans starts, Saudi Arabia has adopted a comprehensive planning approach. This development plan maintains a balance between the economic growth and the maintenance of great values and legacies.

The government has set goals but also announce a detailed plan to achieve these goals.

Saudi plans to value state oil company Saudi Aramco at more than USD2tn. It will increase the efficiency of the fund’s management and diversifying government resources and the economy. Prince Mohammad bin Salman plans to transform Aramco from an oil producing company into a global industrial conglomerate.

Government improving the quality of the services offered to Umrah visitors. Another plan is to build an Islamic museum in accordance with global standards. Further, the government plans to double the number of Saudi heritage sites by 2030.

The government plans to improve living and working conditions for non-Saudis and adopting an effective and simple system for issuing visas and residence permits.

The government aims to achieve the following objectives by 2030.

To reduce the rate of unemployment from 11.6% to 7% and increase women’s participation in the workforce from 22% to 30%.

This plan move the country away from its reliance on oil exports and fossil fuel extraction. After announcement of 2030 plan, Saudi Arabia expanding its environment projects, including encouraging the use of a circular economy. And expanding the proportion of solar and hydrogen projects. The main objective of Saudi Arabia’s plan 2030 is to generate 50% of its energy from renewable sources by 2030. The impact of fluctuating and unstable oil prices, Saudi Arabia has taken these steps to diversify its economy and reduce its dependence on oil. Saudi Arabia aims to boost its financial industry to reduce its reliance on the oil industry. Another major objective of Saudi Arabia is to develop its renewable energy sector. Saudi Arabia has been operating the 300MW Sakak plant.

Furthermore, the Saudi government announced USD$30billion in the renewable energy sector by 2025 to reduce domestic reliance on oil. If increasing Saudi Arabia’s renewable energy so it reduces domestic emissions. Saudi Arabia 2030 vision promotes sustainable business sectors to increase job opportunities for future younger generations. The major problems to implementing “vision 2030’ are, structural. The basic nature of the Saudi state is a federation of powerful tribes based on a bond between the Al-Saud royal family and the Wahhabi clerics, is hardly favorable to modernization efforts. The government has already started working to achieving its vision 2030 with numerous programs.

You Must Also Read